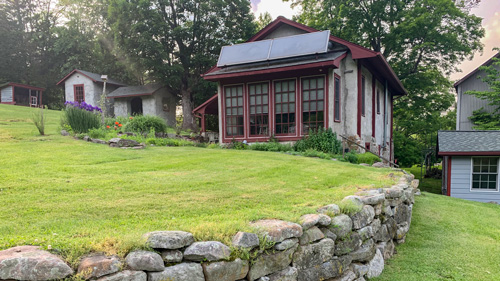 The straw bale house at Genesis Farm in Frelinghuysen demonstrates the use of locally available, time-tested renewable materials to construct an energy efficient, aesthetically pleasing home. This prototype was fully permitted and approved for residential use in 2001, connected to a solar array for its electricity needs, a solar-space heating system, a composting toilet and a grey water system. 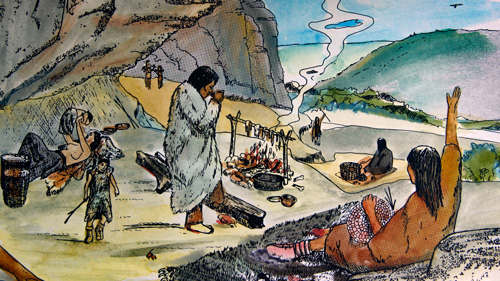 For over 12,000 years the Lenape and their ancestors occupied northwestern New Jersey. Who were they? How did they live? What kinds of tools did they make and use? Archaeologists have been trying to answer these questions for over a century. 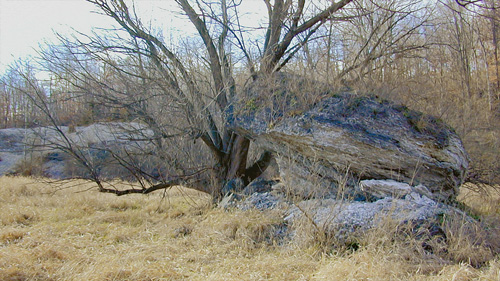 The Pequest Furnace played a role in the Industrial Revolution along with dozens of other sites in Northwest New Jersey. However, the part played here has been relatively obscure, pieces of a puzzle hidden in the Warren County woods. 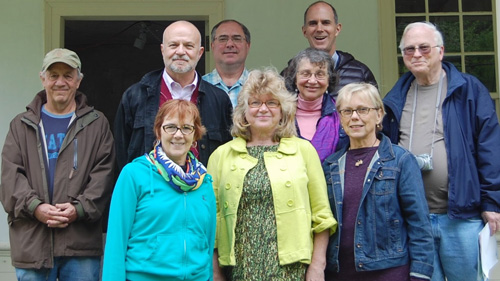 Friends groups, as we know them in relation to many of our parks and precious historic sites, are surely bound by their commitment to community and stewardship. Always not-for-profit and volunteer driven, with the occasional paid executive director, Friends groups connect people to natural places, as well as to our heritage, while enhancing the role of public lands in local communities. 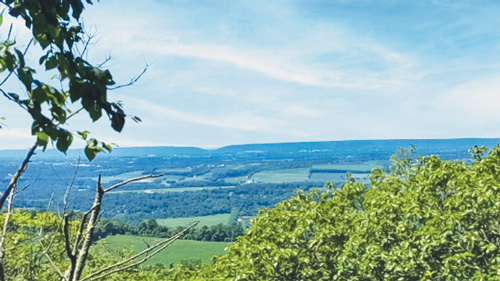 Lopatcong Creek pours down the Scotts Mountain Ridge in Harmony Township towards its appointment with the Delaware River twelve miles southwest at Phillipsburg. 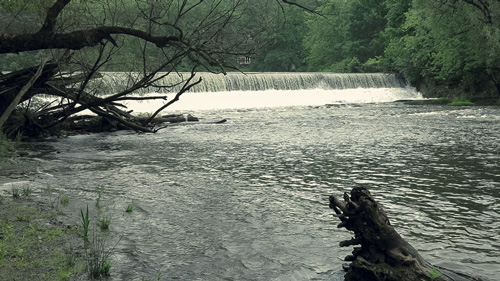 The Paulins Kill is New Jersey's third-largest tributary of the Delaware River, and its watershed covers a total area of 177 square miles. The river flows north from its source near Newton in Sussex County, and then turns southwest toward the Warren County townships of Frelinghuysen, Hardwick, Blairstown, and Knowlton. 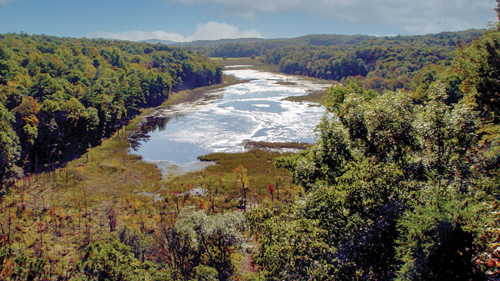 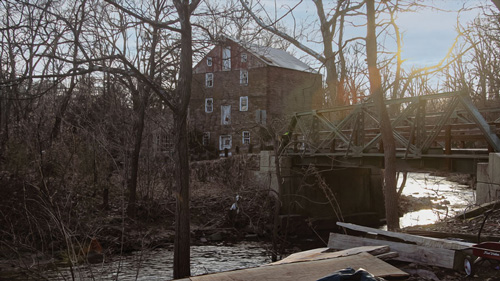 Following Pohatcong Mountain, another of the many Appalachian ridges that run through Warren County, the Pohatcong Watershed lies parallel and between those of the Musconetcong River to the south and the Pequest to the north. 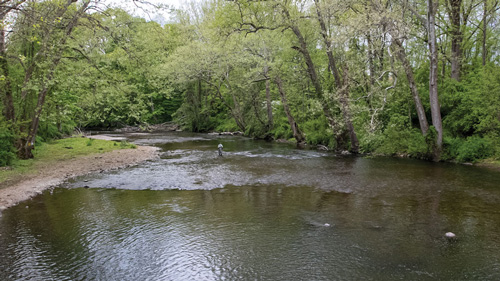 Forming the southern Warren County border, the big river runs forty-two-and-a-half miles through a wide valley flanked on the northwest by the Allamuchy and Pohatcong mountains, and Schooley's and Musconetcong mountains to the southeast in Morris and Hunterdon counties, twisting and turning over the ruins of our past.

The Paulins Kill is New Jersey's third-largest tributary of the Delaware River, and its watershed covers a total area of 177 square miles. The river flows north from its source near Newton in Sussex County, and then turns southwest toward the Warren County townships of Frelinghuysen, Hardwick, Blairstown, and Knowlton. 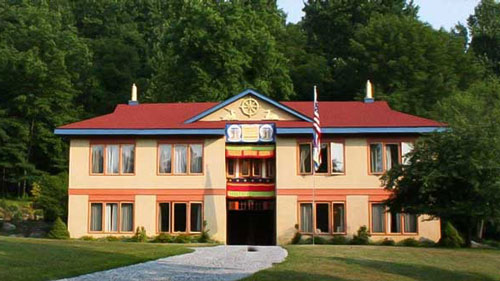 Up In Smoke: Warm Season Grasses 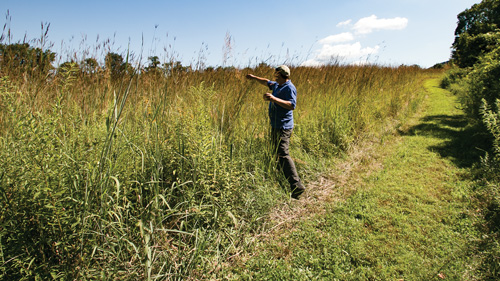 They called it "prairie coal". The abundant fuel that kept American midwestern farming families warm through the winters of the late nineteenth century was the tallgrass that grew wild all around them across the plains, twisted into bundles and burned in rudimentary household stoves. Sometimes it was the digested dried dung of grass-eating buffalo or cattle, or straw harvested from the farmer's field, all steady reliable sources of heat-yielding, combustible, carbon-rich biofuel. 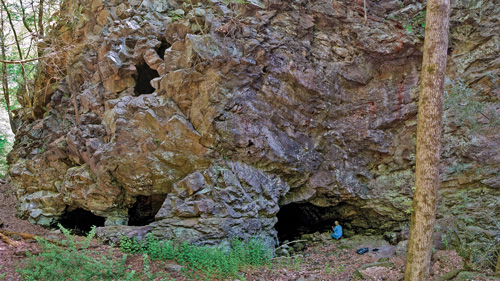 What's in a name? As far back as the early 1700s the name Andover was used to refer to the whole general area. Over the years, various sites have borne the Andover name, including local iron mines, forges, furnaces, factories and settlements with a connection with these early iron interests. 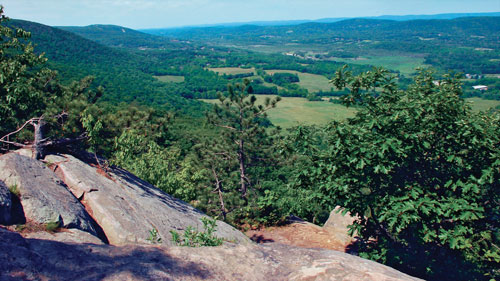 Many, many stories adorn the history of the Highlands. But what about the future? What are the significant challenges ahead for our cherished home? That question has an easy answer: climate change. 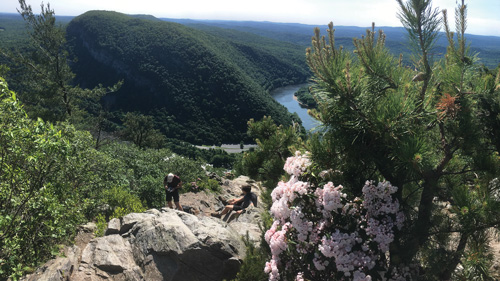 Warren County offers a wide range of recreational opportunities for all kinds of people. Outdoor lovers enjoy rigorous hikes, abundant wildlife and superb scenery. All agree that Warren County's rural nature is the key to its allure. 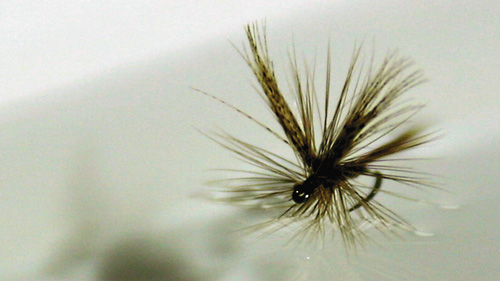 Fishing for trout with flies is like solving a puzzle. The current, the fish, the bugs under the surface and in the air all seem indecipherable. The clues are there however, and the code can sometimes, although by no means always, be broken.