It’s a few minutes past three. The snow began falling about an hour ago. I know because I’m outside raking leaves, have been for the better part of the afternoon, stopping only for a quick sandwich and cup of soup Trish fashioned from this summer’s zucchini and squash. It started, as most things do, innocently enough, with a single flake fluttering shyly toward the lawn that was hidden under the fallen leaves. A moment later another followed and then another. 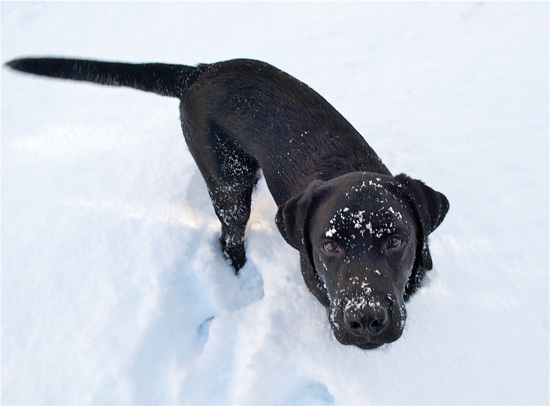 With the exception of a few mornings fishing in a soft summer rain, and a day or so on the West Branch of the Delaware River that remains cold whatever the weather, I hadn’t waded a local stream since Father’s Day when the temperature topped out somewhere in the mid nineties. As the air grew cooler and the hills turned color, October felt more like the beginning of trout season rather than April, and I spent the month chasing brook trout while my chores and the leaves piled up around our property. This morning, rather than grabbing my rod and reel from where they leaned within easy reach beside the door, I reluctantly trudged to the barn and pulled down the rake from where it had hung since last fall.

The initial light flakes prove to be the vanguard of an approaching storm that catches me by surprise as it blankets the still-soft earth with a thin layer of snow, the maple golds and reds, poplar tans and yellows, oak browns, rapidly disappearing under a white shroud. It’s only the second full week in November, still another six days until Thanksgiving, but I feel guilty having yet to clean the gutters, store away our outdoor furniture, replace the tractor’s bucket loader with the plow or complete any of the other countless tasks necessary to prepare for the change in season.

The air is as still as a newly born fawn, the snow seeming to sigh as it slips through the naked branches of the hardwood trees. Looking upward, I watch an eternity of flakes spiraling down as countless as stars on a moonless night, descending in long winding funnels.

Putting aside the rake, I trudge toward the house, tossing my mud-splattered boots beside the rod and reel. My back to the woodstove, I look up at the clock, the one that sits on the shelf beside the stairs with a bear carved into either side, Promethean twins doomed to hold the little globe in their outstretched claws for as long as a faux-wood clock keeps time.

Standing in my wool socks, I watch a number of finches flutter around a tube feeder that hangs from the limb of the white oak outside the window. Their heads have not yet turned winter gray, their coal-black wings trimmed in ivory. A male cardinal, his crimson feathers as brilliant as a spawning brook trout’s flank, waits patiently for his mate while tucked into the branches of a nearby red cedar. The bird stares off into the gathering storm, resigned to the elements, looking regal, a snowflake settling on the elegant black mask above his thick bill.

The flakes appear heavier, the temperature outside rising a degree or two. Like ornaments hung from a Christmas tree, other birds seek refuge in the cedar’s evergreen branches that droop with the heavier snow – juncos, titmice, chickadees, more finches both gold and rose-breasted, chests puffed outward like drunken dignitaries. A single white-throated sparrow pecks at the ground, flakes melting on the bird’s mottled brown head and primary feathers. The few buds remaining on our rose bush are framed in ice while the remaining black-eyed Susans reluctantly succumb to the accumulated weight of the wet snow.

Walking into the kitchen, I stir a spoonful of sugar into my mug of tea while gazing out at the garden where the tawny stalks and rambling vines of the summer’s harvest are blanketed. Winslow Homer trots over, sits silently by my side, leans against my leg. The young Lab stares out into the growing storm, then looks up, his eye catching mine. I scratch the dog’s head, carry my tea back down the hall and place the mug on the table beside the woodstove.

Winslow wags his tail as I pull my Sorels from the back of the closet. This will be his second winter. A few moments later he takes a few uncertain steps beyond the backdoor, stops, tail standing at attention, head turning back in my direction. A black curl of smoke rises from the chimney, the scent of burning wood drifting down to where we stand. The dog’s black coat is flecked with white. The rake leans against the side of the barn. Under the snow, the remaining leaves form miniature hills and valleys across the lawn.

Our attention is drawn to the woodlot where crows call from a distance. Flakes fall from the lower limb of a silver birch at the edge of the wood where the lead crow has landed, his sleek black head bobbing up and down like a preacher cawing from his pulpit.

Just then I remember the words first set down in Ecclesiastes that to everything there is a season. Stooping to one knee, I decide that if all is vanity, as also proclaimed by book’s author, the damn chores can wait.

Whirling to his right, Winslow snaps at the white ball that splatters beside his paw. Barking wildly, he rushes in my direction as I gather another fistful of snow.

Bob’s latest novel, West of Rangeley, can be purchased through amazon.com or barnesandnoble.com. Email Bob directly at for an autographed copy.