Kuser Mansion shortly before its demise in 1995. Photo by Donna Traylor.

On June 9, 2005, then-acting Governor Richard Codey announced the largest capital investment for the New Jersey State Parks in their 91-year history. The following day, he re-dedicated High Point Monument, located within High Point State Park, the largest land donation in the history of New Jersey. In the philanthropic spirit of the donors, Colonel and Mrs. Anthony Kuser, the governor's $75 million investment honors those whose dedication to conservation and recreation have given the state the very parks that he intends to improve. Still, many lament the fact that a similar program was not in place ten years sooner, in time to save the crown jewel of the Kuser's donation: the Kuser Mansion. The family's wondrous gifts to the state -- the mansion, the land and the monument -- were allowed to fall into a heightened state of disrepair, so much so that the mansion is now gone. And the monument had deteriorated to the point that it was closed to the public in 1997. 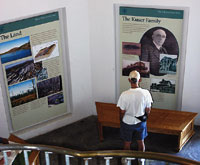 The 1923 donation of High Point State Park and the completion of the Monument six years later were watershed events in the history of New Jersey State Parks, indicative of the Progressive spirit that had swept the nation since the beginning of the twentieth century. Colonel and Mrs. Kuser's donation epitomized the dedication to civic betterment that so characterized the Progressive initiatives of the period. In an era that saw the formation of the National Forest Service and the preservation of millions of acres of land as National Parks, the Kuser Family carved out a nearly 11,000 acre parcel that became this state's largest park.

Anthony R. Kuser was born into a world of privilege, but came of age as the Progressive Movement, made up primarily of urban middle class workers, was beginning to influence the political and social thinking of all levels of society, including the very wealthy. In 1896, Kuser married Susie Fairfield Dryden, whose father, Senator John Fairfield Dryden, founded the Prudential Life Insurance Company and was an ardent conservationist. Men of Dryden and Kuser's stature were not defined in singular terms as banker, senator, or engineer, but rather chose more pluralistic endeavors. 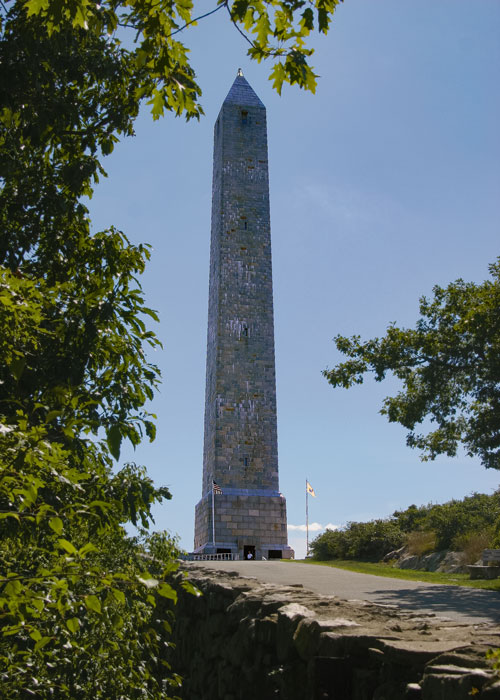 In all, Colonel Kuser served as a director in more than 50 corporations, among them South Jersey Gas, Electric, and Traction Company, the Peoples Brewing Company, the Trenton Hygeia Ice Company, Prudential Life Insurance Company, and the Fox Film Company. In keeping with his sense of civic duty, Kuser sought appointments on various state boards and committees. He was an organizer for the State Fair, served on the State Tax Board, the Highway Commission, the Interstate Bridge Commission, and the New Jersey Public Service Corporation. His title of Colonel was bestowed on him by Governor Abbot, one of three governors whose staffs he served on in the early part of the last century.

It is in the most passionate aspect of the Kuser's life that the citizens of New Jersey benefited most: their dedication to conservation and preservation of animals and parkland. Colonel Kuser was a founding member of the New Jersey Audubon Society, and a member of the New York Zoological Society. Mrs. Kuser was an associate of the American Ornithological Union for thirty years. So deep was Colonel and Mrs. Kuser's affection for wildlife, birds especially, that they personally financed what became known as the "Kuser-Beebe Expedition" in 1909, a comprehensive study of the pheasants of Ceylon, India, Burma, the Malay States, Java, Borneo, China and Japan. Colonel Kuser also kept a private aviary in his home in Bernardsville.

In 1910, the Kuser's purchased the High Point Inn from the National Bank of Port Jervis, and transformed it into a magnificent country estate and private wildlife sanctuary. Despite large-scale improvements to the estate, the Colonel and his wife rarely used the neo-classical mansion, and in 1922, began exploring the idea of donating the entire 11,000 acres to the state. By the following year, legislation had been adopted by the state legislature, and the High Point Park Commission was created to oversee the property. Initially, the Commission used the mansion as headquarters and offered lodging to travelers "automobiling" through the park. Park headquarters were relocated to their present day location on Route 23 at the entrance to the park, but visitors could procure a room at the Mansion until 1977, when it was officially closed to the public, victimized by age and neglect. 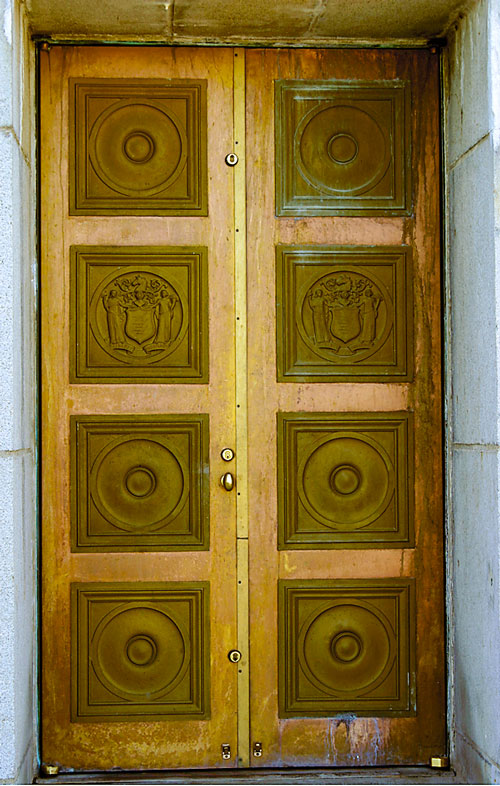 Replicas of the original bronze doors, one of which was stolen while the monument was closed, greet visitors at the entrance.

Public outcry temporarily saved the mansion from destruction in the late 1980s, and a $2.7 million dollar renovation was to begin in 1990. But funds for the job were frozen along with $150 million in capital projects. By 1995, compounded decay deemed the mansion unsalvageable. Despite public pleas, it was razed that year.

In the winter of 1927, Kuser hired an architect to erect a monument on top of High Point. Designed as a lasting tribute to "Glory and Honor and Eternal Memory of New Jersey's Heroes by land, sea, and air in all wars of our country," construction began in 1928. The June 23, 1929 description in the New York Times of the nearly completed monument captures the essence and excitement created by its construction:

"By day the grayish-white granite shaft will gleam from afar as a horizon landmark to guide the eastbound flier heading toward New York City. By night, or in foggy weather, the memorial will be equally serviceable to the aviator, for from the tip-more than 2,000 feet above sea level-will shine a powerful fog-piercing beacon light."

On June 21, 1930, several months after the Colonel's death, a dedication ceremony was held at the monument's base. State Senator Dryden Kuser, the Colonel's son, presented the monument to Governor Morgan Larson. Flowers were dropped from an airplane, and the speeches and music were carried via speaker for all those in the surrounding area to enjoy. Two hundred twenty feet of New Hampshire granite faced with local quartzite stood proudly above the state's largest park, for all its residents to enjoy. For the next 54 years the monument served park-goers with panoramic views of the Pocono, Catskill, and Kittatinny Mountains from its top, 291 steps high.

Closed for repairs in 1997, the monument outlasted spending freezes by the state until its reopening eight years later. By the spring of 2004, the last portion of a $3.6 million budget was appropriated. The Princeton firm of Holt Morgan Russell repaired miles of mortar joints and cleaned thousands of granite blocks. New stairs were installed along with computer-controlled ventilation to ensure proper moisture levels. The monument stands as a symbol of a renewed commitment to parks and recreation. From its majestic peak a stunning landscape sprawls before the eye: verdant valleys to the north and east, rugged ridgelines to the southwest, and the steady flow of the Delaware as it winds through Port Jervis.

High Point Park and its famous monument are well-known, and once again proud, symbols of the region's beauty, with thousands of acres of pristine wilderness set aside for public use. So are the ideas of the Kuser family once again crystallized; that the desire to preserve must come from those it most directly benefits. To fully realize the value of these resources, public involvement in their preservation and utilization is imperative. The Colonel and Mrs. Kuser would have had it no other way.